Jerry and Dan met in Tacoma on June 25th. 2002. Jerry finally landed a load to the Pacific Northwest and we met at the Flying J Truck Stop. From Tacoma we headed west on Hwy. 16 to Gig Harbor, WA. where we went to the Tides Tavern for a meal, some scenery and to reminisce over old times and current events.

Jerry's Truck is the second red one from the left. In the photos Jerry is standing on the left and Dan on the right. 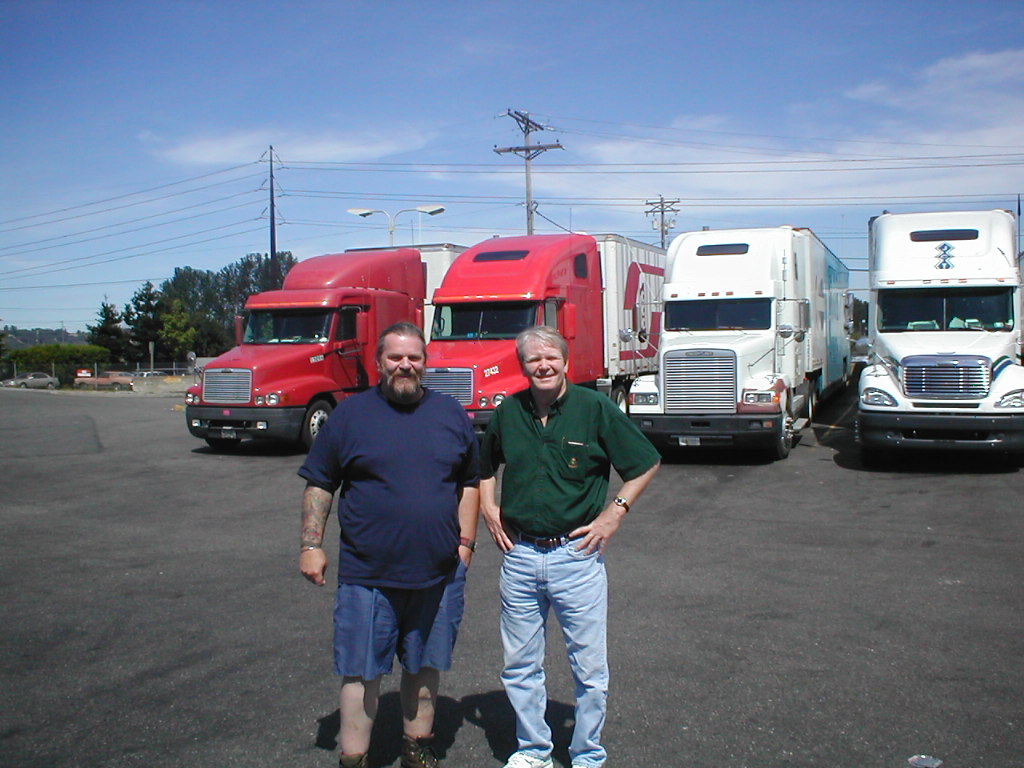 Jerry and Dan At the Tides Tavern, Gig Harbor, WA. (looks like Dan had a couple of beers)

Here's Dan and Jerry in another place and time. Doesn't look like we've changed a bit :) 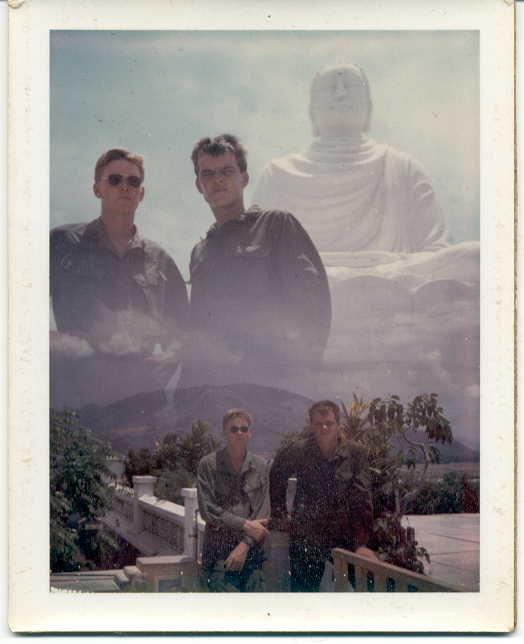